After a strong start to 2020, economic conditions have dramatically changed, as COVID-19 is impacting all aspects of society.

The economic impact is starting to be felt across many industries. This includes the housing market.

March sales activity started the month strong, but quickly changed, as concerns regarding the spread of COVID-19 brought about social distancing measures. This had a heavy impact on businesses and employment.

“This is an unprecedented time with a significant amount of uncertainty coming from both the wide impact of the pandemic and dramatic shift in the energy sector. It is not a surprise to see these concerns also weigh on the housing market,” said CREB® chief economist Ann-Marie Lurie.

By the end of March, sales activity had fallen 11 per cent compared to last year. This is 37 per cent lower than long-term averages. The drop in sales pushed March levels to the lowest recorded since 1995.

“The impact on the housing market will likely persist over the next several quarters,” said Lurie. “However, measures put in place by the government to help support homeowners through this time of job and income loss will help prevent more significant impacts in the housing market.”

New listings dropped by 19 per cent this month. This decline in new listings compared to sales caused supply levels to ease and helped prevent a larger increase in oversupply. Overall, the months of supply remain just below five months, similar to levels recorded last year.

Prices were already forecasted to ease this year due to oversupply in our market. In March, the citywide benchmark price was $417,400. This is nearly one per cent lower than last year’s levels. The reduction in both sales and new listings should help prevent significant price declines in our market.

However, price declines will likely be higher than originally expected due to the combined impact of the pandemic and energy sector crisis.

The average days on market were 46.

The average days on market were 59.

The average days on market were 58. 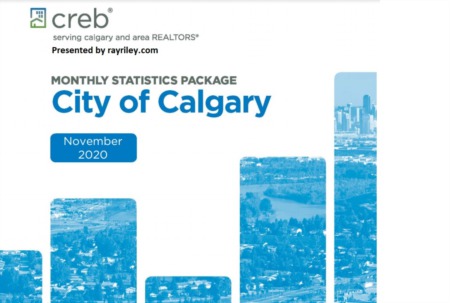 Sales activity remains strong in November City of Calgary, December 1, 2020 –For the sixth month in a row, sales in the Calgary ...Read More 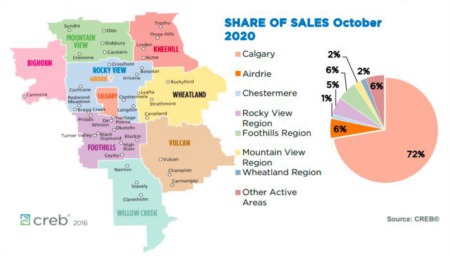 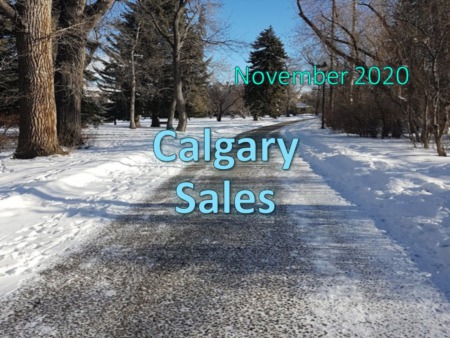